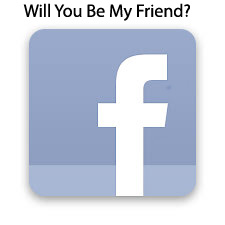 In March of 2013 a study was released with many different statistics, and breakdowns concerning Facebook. The one that really caught my attention was the number of monthly active users Facebook has—1.11 Billion. How many of you reading this have “friends” on Facebook, but you never see them post anything? I know I have several, these friends would not be counted in this number. It is absolutely astounding how many people have Facebook accounts.

Twitter is also wildly popular. There are nearly 555 million active twitter users. These users send out an average of 59 million tweets a day. We could make this blog a mile long talking about all forms of social media. We could talk about the number of users for things such Pinterest, Linkedin, Google+, and many others. The point is, social media (for better, or for worse) is taking over our society. This leaves us a few questions to answer.

1.  Should Christians be on social media?

Nowhere in scripture will you find a command to use any of our social media platforms. However, I would submit that it is a VERY wise thing for Christians to be part of. I say this for many reasons, allow me to share just one at this time.

We are commanded to evangelize the world. Not a suggestion, or a good idea, commanded (Matthew 28:18-20.) As we have already looked at above, the world… is on social media. There are thousands of new accounts created every single day. Many check Facebook and Twitter straight from their phone multiple times a day. What are those people looking at if they don’t have Christian friends? Better question, wouldn’t you like it if your friends saw scripture when they first woke up, and before going to bed?

Just a couple of days ago a terrible thunderstorm came to town and knocked out my electricity right in the middle of me cooking dinner for the family. It was dark outside, even darker inside. Because I have 2 small children my wife and I began scrambling for flashlights and candles, we wanted our children to feel safe. We found what we needed and the power was back on shortly.

I tell you this story to make this point, if we would have known that the flashlights were in the drawer, but we never got them out of the drawer, our house would still be dark.

Matthew 5:13-16- 13 “You are the salt of the earth, but if salt has lost its taste, how shall its saltiness be restored? It is no longer good for anything except to be thrown out and trampled under people’s feet.14 “You are the light of the world. A city set on a hill cannot be hidden. 15 Nor do people light a lamp and put it under a basket, but on a stand, and it gives light to all in the house. 16 In the same way, let your light shine before others, so that they may see your good works and give glory to your Father who is in heaven

Matthew 5 is very clear about our light. We must let it shine “before men.” We must live in such a way that we “cannot be hidden.” I wonder a lot of times if we are hiding. Not that we are always cowardly or shrinking back in fear, rather maybe we “hide” by avoiding going where “the world” is. I know that there are many people today mainly older generations that have no desire to learn the intricacies of social media. However, please consider this humble thought, “If Christians are not spreading their light in social media, how dark will it become for those of the world?”

2.  What are benefits of Christians being on social media?

There are so many benefits to being on social media. Allow me to share a few.

There are more, but I really want to focus on one. By being on social media you can lead a lost soul to Jesus. There are some that I know who would mock this idea. They would argue that nothing good comes from anything on the internet. They would say that friends will simply “unfriend” you when they see your posts about the Bible. While those cases I’m sure exist, they are not the norm.

I do not consider myself to be an expert, or a model for social media usage. However, it is my practice to offer prayers and support for those I know are hurting on Facebook, share stories, and photo’s from my family, post scripture, post devotional thoughts and spiritual reflections. I also make a point to avoid negativity.

“I just wish this day was over!”

“You would not believe what happened to me at work!”

Two years ago I decided to start my twitter account (@troyrogers156). I did very little with it for a while. Then I downloaded an app called “hootsuite” with this app I was able to schedule my tweets ahead of time. I would spend about 10 minutes in the morning scheduling scriptures to be posted and quotes that I liked. The people that followed me probably assumed I was on twitter too much, in fact I was on 10 minutes every morning that was it. I ended up gaining a lot of followers. Then, something happened.

One morning I received a message from a stranger. This stranger lived about 10 miles from me. This person began reading my tweets, thinking about the questions I posed, and read the scriptures I listed. This individual began coming to worship where I was preaching, attended activities of the congregation, and agreed to have one on one Bible study with me. The point? The point is social media is NOT a worthless tool for Christians. Sure, it can become that if used improperly. However, it can also become the largest platform that we have to get the good news out! Unfortunately, it can also be our largest platform for showing hypocrisy. We can use it to post inappropriate pictures, status’ that are heavy on cursing and light on blessing. We could choose to do that. However, as children of The King, we won’t.

One final thought: Jesus used 12 men to turn the world upside down. They were passionate, zealous, and on their way to heaven. Imagine with me, what might be different, if every Christian used their social platforms to let their passion for Christ shine.