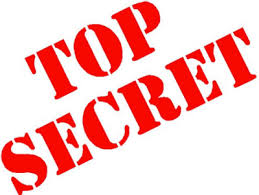 There is just something about the word “secret” that makes us pay closer attention, isn’t there? I don’t know for sure what it is. Maybe it is our desire to feel like we might “get  ahead”  in some aspect of our lives if we just knew what the secret was. Maybe it is just the confidence that comes from feeling as though we know something that others do not know. Regardless of what the reason really is, it is true. We tend to get excited when we know we are about to learn a secret.

This must have been the feeling of the Church in Philippi when Paul wrote in Philippians chapter 4  that he had “learned the secret.” Just imagine what must have been going through the minds of the first century Christians as they read those words from the apostle. They had been hearing of all of the wonderful works that Paul had done for the Lord. They knew that he did all of these great things even though he endured suffering, and persecution. And all of a sudden, Paul tells them, that he has a secret to reveal.

Paul says in verse 12 “… I have learned the secret in facing plenty and hunger, abundance and need” some may laugh at the thought of needing to know “a secret” when dealing with facing plenty. Many reason to themselves that their lives would be infinitely better if they just had “more.”  But we need to remember the words found in 1Timothy 6:9 ESV – “But those who desire to be rich fall into temptation, into a snare, into many senseless and harmful desires that plunge people into ruin and destruction.” We are reminded that there truly is a secret when it comes to facing an abundance. Too many fall into believing that their riches will save them. Much like the rich young man in Matthew 19. The text states that he walked away from Jesus “sorrowful” because his possessions were great. In other words this man made a conscious decision to walk away from Jesus and cling to his stuff here in the world. He had worked so hard for everything that he had, and was not about to let it go, even if it meant spending eternity in hell.

Paul addresses in verse 11,12 that he is speaking about being content. He wasn’t talking about some magical potion. He wasn’t referencing some get rich quick scheme. He simply taught contentment.  Contentment is NOT:

The Greek word for contentment (autarkēs) literally means-  “independent of external circumstances” you see Paul says that he has “learned” that NO MATTER what happens to him, or around him he WILL;

It Should be noted that contentment does not come naturally, not even for the apostle of Jesus. It is something that we must learn. David Roper in his commentary over Philippians states this. “For the poor, the danger is despair. For the rich, the danger is pride.”  Pro 30:8-9 ESV  Remove far from me falsehood and lying; give me neither poverty nor riches; feed me with the food that is needful for me,  (9)  lest I be full and deny you and say, “Who is the LORD?” or lest I be poor and steal and profane the name of my God.

Paul then goes on to reveal, “the secret.” Philippians 4:13- ” I can do all things through him who strengthens me. ”

Many people twist this verse out of context today. This verse does NOT mean that:

This is simply a beautiful promise made to us by our Heavenly father, that we will always have the strength to perform the tasks that GOD want’s us to perform.

So what is the secret?

The phrase “through him” quite literally means “in Him.” we are taught in Ephesians 1:3 that every spiritual blessing is found in Christ! Romans 6:3 teaches us that the ONLY way to get “in Christ”

So here is the secret: If you have been baptized into Christ, and are living your life for Him. You have the power to do ANYTHING according to HIS will! What a blessing! Brothers and sisters, we have a lot of work to do. But do not grow weary, because we also have the power to do it!

One thought on “Do you want to know the secret?”